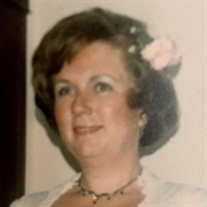 It is with great sadness that we announce the passing of Ann Anand, loving wife, mother, sister, aunt, and grandmother. Ann was born in Montreal, a much later addition to her family. Despite their large age difference, Ann became very close to her older sister Shirley and brother John in adulthood. Ann was an incredibly smart woman, who excelled in music and math. She initially studied the former, and later changed her focus to business and computer programming after her father’s passing. Afterwards, she became one of the only women to work in programming for the banks, which eventually led her to move to Toronto with her family. Among her many hobbies, Ann enjoyed playing bridge, which was the impetus for meeting her husband Uppi. Ann and Uppi had three children, twin sons Tony and Nick and daughter Jacky. Ann also helped raise and mentor her stepson Bobby after he moved to Canada at the age of 17. Ann was a devoted and resilient mother who made parenting seem effortless, even while caring for her handicapped son Tony. Ann enjoyed the outdoors, especially swimming and her time at Camp Ouareau, which her daughter Jacky would later attend as well. She and Uppi were avid travellers, often taking their family on exciting trips to learn about new cultures. Ann was an active member at Glenview Church and engaged in the Canadian Federation of University Women. Ann survived lung cancer and west Nile, though complications from the latter led to her spending her last years at West Park Healthcare Centre, where she received compassionate care for her complex needs. Uppi dedicated his life to bringing small joys to her life that helped her maintain her positive attitude through these difficult health issues. Despite her health challenges over the last decade, the hard work and dedication of the medical staff made it possible for Ann to meet and enjoy time with her grandchildren. Ann died peacefully on January 23, 2022. She is survived by her husband Uppi, her son Nick (Becky), her daughter Jacky (Greg), her stepson Bobby (Sonia), and her grandchildren and step-grandchildren Ben, Jude, Natalie, Olivia, Toni and William, her sister Shirley, and her nieces and nephews Janice, Suzy (Bill), Kathy (Tony), and Johnny (Natalie). Ann will be greatly missed by her family and many friends. A memorial service will be held on March 28th at Glenview Presbyterian Church, followed by a wake. Please contact a family member for more details. The family asks that if you are so moved, or in lieu of flowers, you make a donation to the CVAC unit at West Park Healthcare Centre in her memory. This was the unit that cared for Ann over the last 9 years.

It is with great sadness that we announce the passing of Ann Anand, loving wife, mother, sister, aunt, and grandmother. Ann was born in Montreal, a much later addition to her family. Despite their large age difference, Ann became very close... View Obituary & Service Information

The family of Ann Anand created this Life Tributes page to make it easy to share your memories.

It is with great sadness that we announce the passing of Ann...

Send flowers to the Anand family.