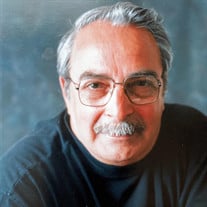 Bruce Brackett, 82, a long-time resident of Leslieville passed away peacefully surrounded by his family on November 9, 2021, at Sunnybrook Hospital at the age of 82. Bruce is survived by his wife of 59 years, Terry, daughter Andrea (Bill) McAnally, son Derek, foster daughter-in-law Gail Beglin; and will be missed by granddaughter Rachel, grandsons Joshua, Tyler, Connor, Wolf, and foster grandson Corey. Predeceased by his son David and foster son Brendan. Bruce was also a beloved brother, cool uncle, and the clown of the party for many friends. When Bruce was 4 years old, his family moved to Curzon Street where years later he met his true love, Terry (Wice) and they married in 1962. He worked for General Electric and became the Union President until the plant closed. Together they raised their family in the community while always being involved in local organizations including starting up the East Toronto Lions Club, being the Grand Knight for the Knights of Columbus or volunteering for WoodGreen Community Centre and Neighbourhood Unitarian Universalist Congregation. In November 1987, over 200 residents attended the unveiling of the Leslieville street sign, which was designed by their eldest son David. In 1988, Bruce started the Leslieville Community News, which eventually grew to etc… news and was a community staple for 2 decades until 2008. Deciding to enjoy retirement, Bruce and Terry moved to St Joseph’s Place on Curzon Street and shortly after, Bruce became the President of the Social Club. He started up Bingo, Shuffleboard and held an annual street sale for the residents. In his 80th year, Bruce graduated from the Caring Clowns course at Ryerson University and enjoyed bringing a smile at senior homes that they would visit. When Covid-19 struck, Bruce could no longer visit his many fans. When diagnosed with pancreatic cancer in August 2021, Bruce kept his cheerful outlook and clowning around up to the very end. At Bruce’s request a cremation has taken place. He will be dearly missed. A celebration of life is being planned for the spring. In lieu of flowers, donations may be made in his name to Sunnybrook Hospital.

Bruce Brackett, 82, a long-time resident of Leslieville passed away peacefully surrounded by his family on November 9, 2021, at Sunnybrook Hospital at the age of 82. Bruce is survived by his wife of 59 years, Terry, daughter Andrea (Bill) McAnally,... View Obituary & Service Information

The family of Bruce Brackett created this Life Tributes page to make it easy to share your memories.

Send flowers to the Brackett family.