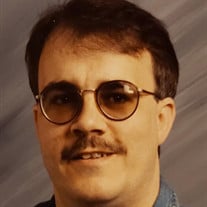 Daniel “Paul” Grace (Oshawa/New Waterford) - It is with heavy hearts that we, the family, announce the passing of Daniel “Paul” Grace on Feb 1st, 2021 at the Lakeridge Health Centre Oshawa, ON after a hard-fought battle with illness over the past couple of years. Paul was the first born to proud parents Dan and Irene Grace on October 17th, 1965 in New Waterford, NS. Paul grew up in New Waterford and enjoyed his younger years with many close friends and family. After graduation Paul moved to the Oshawa area where he would reside for his adult life and where he would meet his spouse, Lori Ireland. Paul was employed at Allied Conveyers Ltd. in Pickering and subsequently Loblaws Distribution Centre in Ajax until his illness. Paul was a loving and caring man who enjoyed watching football and gathering around a campfire making friends and family laugh. He was lighthearted and loved nothing more than spending time with his two granddaughters Alyvia and Dahlia. He would don an ear-to-ear smile when he would speak of them. He was a wonderful spouse, stepfather, and father to his beloved cat, Tia. Paul also enjoyed taking Cape Breton vacations to visit his family and friends in New Waterford during the summer months or Christmas holidays. One of Paul’s favorite visits was taking Lori for her first trip around the Cabot Trail. Paul and Lori also enjoyed their visit to the Glace Bay Miners Museum with his brothers, Stephen and Brian, and their families. Surviving is his spouse Lori Ireland, stepson Mitch (Ashley) Ireland, granddaughters Alyvia and Dahlia, and mother-in-law Carol Stinson, all of Oshawa. Also surviving are his brothers Stephen Grace (Kim) of New Waterford and Brian (Carol) Grace of Timberlea, NS. Nieces Lauren, Olivia, and Madison, and nephew Mitchell. He is also survived by his extended family Evelyn Tighe and her sons John Blair (Ashley) Tighe of New Waterford and Troy (Cheryl) Tighe of Edmonton AB. Paul was predeceased by his mother Irene and father Daniel. Cremation has taken place. A memorial service and burial will be held at a later date. In lieu of flowers, donations can be made to Lupus Canada. To send online condolences, go to: www.mclellanfuneralhome.com or www.aftercare.org

The family of Daniel "Paul" Grace created this Life Tributes page to make it easy to share your memories.

Daniel “Paul” Grace (Oshawa/New Waterford) - It is with heavy...

Send flowers to the Grace family.