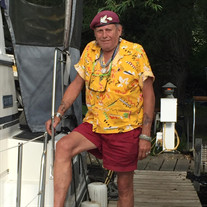 After a 3-year battle with cancer, David passed away peacefully in the Palliative Care Ward at Princess Margaret Cancer Centre. David was born in Johannesburg, South Africa, and immigrated to Canada with his family in 1964. He was predeceased by his parents, Ernst and Johanna Loewy, his sister Deborah Loewy, and his nephews Samuel Hoppe and Jesse Loewy. He will be sorely missed by his brothers, Stephen Loewy (partner Catherine Morrissey), John Loewy (spouse Linda Duvall) , and his sister, Hannah Hoppe (spouse Carter Hoppe), his nieces, Bree Hoppe and Amanda Duvall Loewy (spouse Dave Nagy), his nephew, Nathan Hoppe, his grand-nephew Sam Nagy, as well as many friends and colleagues. David graduated from Newtonbrook Secondary School, Holland College of Visual Arts P.E.I. Woodwork Program, and Sheridan College School of Craft and Design, Oakville , Furniture Design Program (Featured Graduate for the Success Report), He won numerous awards and scholarships for his skilled craftsmanship and innovative applications to wood design and his work was featured in many exhibitions. David imparted his skill, passion and dedication to his students as an instructor at Holland College School of Visual Arts, Ryerson Polytechnic University and the Saskatchewan Craft Council. David had high standards and made a lasting impression on his students, and everyone he met for that matter. He was known as the unofficial “Mayor” to those at the Toronto Island Marina and as “Unkie” to Bree and Nathan and their friends who were always welcomed there. David was a pirate at heart, who loved parrots and lived on a boat for much of his life. Although he had an acerbic sense of humour, he was kind at heart and was truly one of a kind! In lieu of flowers, please make a donation in memory of David Loewy to the Princess Margaret Cancer Foundation (suggested allocation: Psychosocial Oncology and Palliative Care). https://pmhf3.akaraisin.com/Donation/Event/DonationInfo.aspx?seid=12693&mid=49

After a 3-year battle with cancer, David passed away peacefully in the Palliative Care Ward at Princess Margaret Cancer Centre. David was born in Johannesburg, South Africa, and immigrated to Canada with his family in 1964. He was predeceased... View Obituary & Service Information

The family of David Loewy created this Life Tributes page to make it easy to share your memories.

After a 3-year battle with cancer, David passed away peacefully...

Send flowers to the Loewy family.