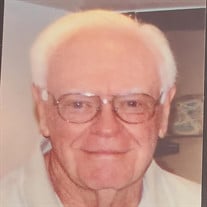 Donald C. Steele M.D., F.R.C.S. (CAN), A.R.C.T. (March 22, 1930 - April 22, 2022) Donald Steele passed away on April 22, 2022. He was 92 years old. Born and raised in St. Catharines, Donald was the only child of Harold and Anne Steele (nee Dilly). After graduating from medical school at the University of Toronto in 1956, and completing surgical training at Toronto Western Hospital in 1962, he returned to St. Catharines to set up his practice. He was co-founder of the St. Catharines Urological Clinic and a Past President of the Buffalo Urological Society. Donald was an accomplished pianist and received his A.R.C.T. and Performers Certificate from the Royal Conservatory of Music in 1950. For many years he served on the board and wrote program notes for the St. Catharines Symphony orchestra. He loved fine art and was a long time board member of Rodman Hall Art Centre, serving as president in the years 1977-80. Donald had many interests with a particular focus on mathematics, astrophysics, and cosmology. Golf was his favorite past time. He was an active member of the St. Catharines Golf and Country Club for over 70 years playing into his nineties. His presence, calm demeanor, boisterous laughter, humor, wit, and endless love, will not be forgotten. He is survived by his wife of 65 years Shirley (nee Mather), his children Mark (Teresa) and Gwendolyn (Rick), grandchildren Graham, Julia (Sean), Anthony, Sarah , and great-granddaughter Elise.

The family of Donald C. Steele created this Life Tributes page to make it easy to share your memories.

Send flowers to the Steele family.