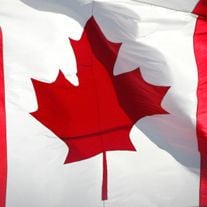 1924-2018 Donald John Sheppard was born in Toronto in 1924 to Ross and Mabel Sheppard, where he attended Lawrence Park Collegiate. Before even reaching the age of 18, he had applied to the Fleet Air Arm, thus taking the first step on the path that would come to define him. He went on to become a highly trained fighter pilot, part of a new wave of recruits who flew the newest generation of American planes into combat missions from British Navy aircraft carriers. One such mission was a successful attack on the battleship Tirpitz in a Norwegian fjord. In 1944 he relocated to the British East Indies Fleet, flying operations amongst the islands of Indonesia. It was there that he participated in the most harrowing dogfights with enemy aircraft, emerging victorious six times against Japanese Oscars and Zeroes, for which he would credit the power and capability of his beloved Corsair. He was awarded the Distinguished Service Cross. After the war he married Gwendolyn Falls, and they embarked on an adventure that included coast-to-coast military postings. Don held command of the destroyer Fraser in Victoria BC, and spent several years as Chief Operating Officer of CFB Shearwater in Dartmouth, NS. His distinguished career was capped with a six-year posting in Europe, where he served at NATO Headquarters, before retiring in the early seventies to a farm in Nova Scotia’s Annapolis Valley. Don was an avid woodsman, hunter and fisherman, and took full advantage of the outdoor opportunities available wherever he was posted. His family of five kids was well supplied with venison, moose, and salmon. After retirement (during which he worked harder than he ever had) his relationship with animals changed. Whether it was the depletion of habitat he had witnessed, or his newly formed friendships with forty cattle, three horses, and several dogs and cats, he simply did not want to hunt anymore. He wept openly when his favourite horse was struck by a car. We also observed his reluctance to glorify his wartime accomplishments, and were amazed to find a German Commandant who had once been in our father’s gun sights seated in our living room watching Hogan’s Heroes reruns. Such was his newfound embrace of peace and reconciliation. His determination to understand and master the objects in his world meant that he could fix anything we broke, and the farm was the place where he got to prove his self-sufficiency and show his determination, as he made hay, acted as midwife to his herd, and taught us to drive cars and equipment with the same patience and steel nerves he carried over from flying. He was a consummate host, and quick to dispense his trademark one liners, many dating back to his flying years. He raised five children: Christine, Nancy, Susan, Bob, and Michael. Through careful money management he saw all five through their post-secondary education. In later years he enjoyed time spent at the family cottage on Lake Simcoe, with frequent visits from grandchildren Adam, Rachel, Samantha, Kenneth, Marcus, and Izumi. He lived long enough to meet his great grandchildren Oscar, Felix, Sidney, Peter, and Raffael. His two British great-grandchildren – Zikora and Zavier – unfortunately never knew their illustrious great-grandfather. Donald Sheppard died peacefully at Sunnybrook Veterans Wing in Toronto on May 2nd. We extend our considerable gratitude to the compassionate and dedicated staff who kept him comfortable. A commemorative service will be held at a future date prior to interment in the National Military Cemetery in Ottawa alongside his beloved wife Gwen.

1924-2018 Donald John Sheppard was born in Toronto in 1924 to Ross and Mabel Sheppard, where he attended Lawrence Park Collegiate. Before even reaching the age of 18, he had applied to the Fleet Air Arm, thus taking the first step on the path... View Obituary & Service Information

The family of Donald John Sheppard created this Life Tributes page to make it easy to share your memories.

Donald John Sheppard was born in Toronto in 1924 to...

Send flowers to the Sheppard family.