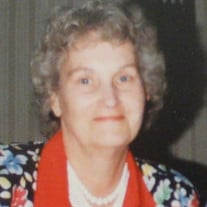 Dorothy Evelyn Berthelot (nee Harris) was born on March 20th, 1927 in Campbellton, New Brunswick. Dorothy (Dot) was born right after her twin brother Donald (Don). Dot used to say that because she was the second to come into the world she followed this pattern of feeling comfortable being second and most times being late. Dot had three sisters; Alice, Vera and Betty and two brothers; Don and Doug. She lived on a farm and was very close to her maternal grandfather William Pop Smith. She was also very close to her first cousin Lilian Mann, Noye. Dot had many friends and enjoyed being social. She was a country girl who lived with many cats and dogs, as well as farm animals , horses, cows, chickens, ducks and even a pot belly pig as a pet. Dot enjoyed sewing and knitting but was not interested in cooking. She let her older sister and mother take care of that. Although she did not play any musical instruments she loved music and was an avid film buff. In the winter she would ski back and forth to school. Dot was very proud of her high school; Campbellton High, and had many fond memories of friends along the way. She liked to wear her high school ring as it would bring more conversation and memories to share. Dot won an award for best dress design and many of her creative abilities were applied in many areas. Betty, Dot’s youngest sister; also lived in Toronto as well as her two brothers. Dot met Vic and soon a family started to grow. Dot and Vic decided to move to Toronto as there was not enough work in New Brunswick. They lived in the lower east end of the city and Vic was working in construction and road building. He operated small machinery and taught himself to take on new challenges with heavy machinery and specialize in crane operation. As time went on and the family grew to be 5 children, Vic started his own business in crane rental operations. Dot helped as his main secretary, took care of the kids and ran the household. She was creative and resourceful. However she had to have a break at least once a year to go down home. As Vic would say “running the roads”. As husband and wife they argued quite a lot but through it all they loved each other very much. Dot’s best friend throughout the years in Toronto was Dorothy Flynn. They had a lot in common especially being loving, caring and helping others in the community. As the children grew up and moved out Dot helped in the community knitting and donating to the church bazaar as well as donations to the hospital. She knitted many pairs of woollen socks for Vic. Sweaters for her kids , grandkids, and great grandkids! Dot and Vic both loved their home and garden. They were married for over 63 years then Vic had to go into long term care. Vic passed on June 25, 2013. Dot moved to be on her own in a Seniors residence for 2 years and later moved to Chester Village Long Term Care. She enjoyed meeting new friends and participating in crafts and discovered that she was a painter extraordinaire. She loved to read, check out the news, fashion and history. Dot was proud of her heritage and saved items from the war. Her uncle Patrick was in the Navy and passed away. A medal of honour was given to him for his bravery. Her father Bob Harris also received a medal of honour to help save many lives from gas poisoning . Dot travelled to Scotland with her mother Bessie, (Elizabeth) Smith, Harris tracing the family tree discovering that the maternal family side are direct descendants of the Duke of Argyll. ( Probably why she knitted such great socks and mitts.) Chester Village was mom’s home and the staff were a second family to her. They loved hearing her stories and said she a very pleasant individual. Dot had a full life with many friends and family. Dot was always inspired and connected to her dear sister Vera all through the years. She will be greatly missed by all. Forever in our hearts In lieu of flowers please consider a donation to the Heart and Stroke Foundation. Due to Covid restricted protocol only ten immediate family members are allowed to attend the internment service. A celebration of life for Dorothy will be arranged and announced as Covid 19 restrictions allow at a more appropriate time in the not too distant future.

Dorothy Evelyn Berthelot (nee Harris) was born on March 20th, 1927 in Campbellton, New Brunswick. Dorothy (Dot) was born right after her twin brother Donald (Don). Dot used to say that because she was the second to come into the world she... View Obituary & Service Information

The family of Dorothy Evelyn Berthelot (nee Harris) created this Life Tributes page to make it easy to share your memories.