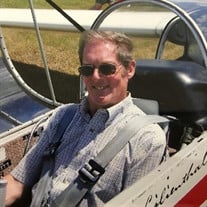 God saw him getting tired, and a cure was not to be He wrapped Him in His loving arms and whispered “Come with Me" With tearful eyes we watched him suffer, and saw him slowly fade away. Although we loved him dearly, we could not make him stay. A golden heart stopped beating, hard working hands put to rest, God broke our hearts to prove to us, He only takes the best. Brian Simmonds 1936 - 2019 It is with great sadness that we announce the passing of Frederick Brian Simmonds, on Saturday January 12, 2019, at Tansley Woods Long Term Care Facility in Burlington, Ontario, with his loving wife, Esme, by his side. Brian was born in Littlehampton, West Sussex, England on October 11, 1936 to Frederick and Rosanne Simmonds. He was the eldest of four children. Brian will be deeply missed by Esme, his beloved wife of 54 years, his daughters, Michelle (Michael) and Shauna (Antonio), and his grandchildren, Samantha, Meghan and Liam. He will also be missed by his brother, Christopher, his sister, Margaret and his many nieces and nephews in England, as well as his sister-in-law, Rita. He is now reunited in Heaven with his sister Eileen. Brian left home for the Isle of Wight when he was 16 years old to begin an engineering apprenticeship. He started his career at the Saunders-Roe Limited, on the Isle of Wight. Brian was an avid rower, winning many trophies at local regattas around Southern England. Brian, his wife and eldest daughter came to Canada in 1969. Brian enjoyed a fulfilling and successful career in the aerospace industry. Brian and Esme were inseparable – they loved spending time together on long drives, weekend projects, and traveling around the world. Their trip to New Zealand was their most memorable. In his spare time, Brian could be found outdoors, enjoying the sun, tending to his garden, or socializing with family and friends. Brian was also an avid reader and spent many hours with his head buried in a book, listening to jazz. He had a particular affinity for history books, crime novels, and studying British maps. When Brian retired in 2003, his passion for aircraft inspired him to volunteer at the Canadian Warplane Heritage Museum in Hamilton. He also spent time volunteering with the St. Vincent de Paul Society, helping others less fortunate. He will be remembered for his kindness, sense of humour, funny stories, and his love of music. Funeral Details A funeral mass will be held on Saturday January 19, 2019 at 10:00 am at St. Patrick’s Catholic Church at 196 Kenwood Avenue, in Burlington. Following the mass, a reception to celebrate Brian’s life will be held in the Church Hall. Internment will take place at a later date at Holy Sepulchre Catholic Cemetery in Burlington.

God saw him getting tired, and a cure was not to be He wrapped Him in His loving arms and whispered &#8220;Come with Me" With tearful eyes we watched him suffer, and saw him slowly fade away. Although we loved him dearly, we could not make... View Obituary & Service Information

The family of Frederick Brian Simmonds created this Life Tributes page to make it easy to share your memories.

God saw him getting tired,
and a cure was not to be
He wrapped...

Send flowers to the Simmonds family.