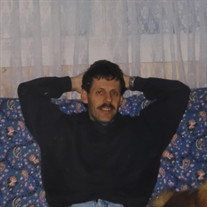 In memory of Herman Carol Miller. ~Mississauga, Ontario. Formerly of Lushes Bight, Newfoundland ~Age 70 D.O.B - October 26, 1951 Place of birth - Lushes Bight, NL Date of death - Monday, November 1st, 2021 Immediate Family Wife - Brenda Edith Miller (Rose) Daughter - Michelle Sharon Miller (Cooper) Son-in-law - Jack Roland L. Cooper Grandchildren -Courtney V. Peddle (Curtis Trempe) -Chloe E. Peddle (Alejandro Bermudez) -Chael J.H. Cooper Great Grandchildren - August A.C. Bermudez Predeceased By Father: Frederick C. Miller Mother: A. Jane M. Miller Predeceased by infant brother: William Predeceased by infant sister: Fanny Predeceased by brother & sister in-laws: - Pearce Lush, Len Parsons, Melita Miller, Wanda Miller and Gary Hudson Leaving to mourn: Siblings - Avalon Miller, Betty (Headley) Morgan, Cyril Miller, Margaret (Carl) Cull, Judy (Ray) Penney, Melvin (Cavelle) Miller, Joan Miller, Freeman (Lorraine) Miller, Calvin (Ellen) Miller, Josie (Pete) Sheppard, David (Bryde) Miller, Bride (John) Andserson. Predeceased by In-laws Father-in-law: Jack (Sr.) Rose Mother-in-law: Edith Rose (Hunt) Brother-in-laws: Tom Rose, David Rose and Jerome Rose Leaving to mourn in-laws: - Joe (Philomena) Hunt, Kevin (Deanna) Martland, Stephanie Rose, Jack (Jr.) (Christine) Rose, Bennice Rose, Margaret (John) Merrigan, Bridget Rose, William (Donna) Rose and Phillip Rose Herman Carol Miller, 70, of Mississauga, Ontario, passed away unexpectedly of natural causes while attending to his pet on November 1st, 2021. Herman dreamed of becoming a high school physical education teacher until he was blessed with news that he was going to become a father. Herman put his education on hold to raise his daughter and later he re-schooled to become a millwright, at which he worked for over 30+ years. In his spare time he would devote his love and affection upon his pets as he was an avid animal lover. He also enjoyed fishing in all seasons, playing hockey, softball and tennis, and spending time with his family. He was a big personality in a petite man's body of 5’6”. He made a lasting impression of himself on everyone he met and he chose to live life rather than exist in a life. Go big or go home! His favorite saying was “love you more” and that was how he would end each conversation he had with his loved ones. He was 1 of 15 siblings from Fred and Jane Miller and he married Brenda Rose from Jack and Edith Rose and gained another 9 siblings. Herman and Brenda had only one daughter, me, Michelle Miller (Cooper) and eventually he became a grandfather of three grandchildren, Courtney and Chloe Peddle from Michael W. Peddle, and Chael Cooper from Jack R.L Cooper. He was lucky enough to become a great grandfather before his death to August, Bermudez from Chloe (Alejandro Bermudez). Herman had specific requests in the event of his death that were honoured by his immediate family. A social event will be posted and held in the summer of 2022 for all people to come and share in celebrating his life in Herman's favorite style...BBQ in the park. Info will follow closer to summer. As he loved animals so much, please make any donations to your local SPCA or animal shelter in his name. Me and my family would like to thank you all for being a part in his journey of life. Whenever you hear a Shania Twain song please take a moment to think of my father and embrace the music, because we all know that he will be doing the same along with you, and in Heaven above. He will be loved and missed, but never forgotten. His ashes will ride in the wind over the NL waters to reach those near and far and dusted over nature's beautiful land. We love you dad... And I know... You “love us more”.

The family of Herman Miller created this Life Tributes page to make it easy to share your memories.

Send flowers to the Miller family.