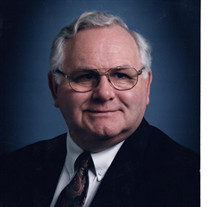 December 25,1936-April 4,2022 James Charles Cleland Dobbie, “Charlie” turned 85 Christmas Day. On April 4, 2022 after a courageous battle with cancer he passed away at Ed’s House Northumberland Hospice Care Centre in Cobourg Ontario. He spent his last day with his wife and children by his side. Charlie was born in Cambuslang, Scotland to the Reverend Robert and Mary Dobbie. Charlie is predeceased by his older brother Robert ‘Doughty’ Owen (wife Margaret) of Crail who he said was someone he looked up to. He lived in Ardrossan, Glasgow and St.Andrews but his formative years were spent in his beloved Crail. It was on the rugby field where he shone and spent most of his time and met Johnny Bett his lifelong friend and brother. In 1955 at the age of 18 he moved to Toronto with his family as his father took a position as professor of Old Testament at Emmanuel College. Charlie finished high school at North Toronto, then attended the University of Toronto where he met his wife Joyce Hopkins in 1958. They were married December 23, 1961 and moved to Tidefall Drive in Agincourt where they raised their four children. He was very active in his church and in the Bridlewood community. After losing his wife Joyce to cancer in 1999 Charlie retired from his job as supervisor at Mayhew and Associates to travel the world. His favourite trip was an African safari. It was on a return flight home after visiting his friend Johnny that he met his second wife Gwen Logan at the Manchester airport. He always said “he hit gold twice”. They married 2006. Gwen and Charlie lived in Port Hope and Cobourg but travelled much and wintered in Florida. They spent the last years in Pickering. Charlie said retirement was the best job he ever had. He volunteered for Habitat, Cancer Society and Community Care just to name a few. Charlie was passionate about supporting girls in Third World countries through Plan Canada. His one regret is that he did not get to meet three of the six girls he had been sponsoring. Charlie was dedicated to finding a cure for cancer. At the age of 75 he cycled in the 200 km ride to conquer cancer not once but four times. Charlie lived by the Golden rule “do unto others as you would have them do unto you”. His favourite quote was: ‘you take the high road I’ll take the low road and I’ll be in Scotland before you.’ Charlie was such a selfless, caring gentleman who made the world a better place and will be missed every day by his wife Gwen and loving children Catherine Foster, Suzanne Fast (Kevin), Geoffery Dobbie, Scott Dobbie (Cheryl), his 11 grandchildren: Brandon (Amanda), Dylan, Alexis, Abigail (Jeremy), Jacob (Laura), Matthew (Rachel), Haley, Evan, Caleb, Ethan, Owen and his 7 great grandchildren Autumn, Joshua, Jackson, Charlie, Eli, Elizabeth, and Adrian and by his stepchildren Bruce (Joy), Scott (Laura), Colleen, as well as his many loving Hopkins-McKee relatives and friends.Memorial donations can be made to Plan Canada, Canadian Cancer Society or Ed’s House Cobourg. Funeral service will be held at St. Paul’s Lutheran Church Cobourg, May 6 at 11:00, followed by a reception. Family Internment at Oshawa Union cemetery and Crail at a later date. Special thanks to Bruce and Joy who made it possible for him to stay at home with Gwen for so long, Dr.Essak and the amazing staff at Ed's House.

The family of James Charles Cleland Dobbie created this Life Tributes page to make it easy to share your memories.

Send flowers to the Dobbie family.