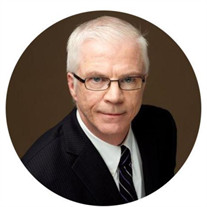 Age 62 After a two-week futile battle with @Legionella James O’Brien succumbed to the disease Trillium Health Partners on November 21, 2021 It is rare that Legionella affects a single person. The family asks that people living in the Port Credit Mississauga area be cautious. Improperly maintain HVAC systems and stagnant water are often the source of Legionella outbreaks. (AKA as Legionnaires Diseases) James was a scéalaí or seanchaí (storyteller) He was the 4th child of John and Kathleen O’Brien. Both deceased. He had 6 siblings. Michael (deceased Feb 2021) Margaret, John, Noreen, Eileen, and Mary Pat. He will be greatly missed by his lady friend, Wilma Jenkins. He was loved by many nieces and nephews. He grew up in the East End of Toronto, at Broadview and Danforth. But spent his last 20 years in the Mississauga/Port Credit area. He loved stopping by the local pubs to listen to music and shoot the breeze. James had a varied work life. A few careers and many jobs. As a younger man, he held jobs that would allow him to go to auditions and rehearsals. Though he was not a hugely commercially successful actor, he loved it with all his heart. He was a taxi driver, a bingo caller, and a salesman that never sold big ticket items. The sisters laughed recalling he was a carnival barker selling ginzo knives. He traveled across Canada selling those knives. What he did not earn in commission, he more than made up with experiences and stories. He taught himself the securities game, sat and passed the required exams and eventually became a Licensed Stockbroker. He worked in that industry for over a decade. He volunteered for years at a local community center assisting seniors, low income, and new Canadians with their taxes. As a young man he was a member of the Knights of Columbus. He and his fellow knights would show up as volunteers when asked. Plus, he enjoyed having a pint at the bar of the historic mansion on Sherbourne St (Now Luxury Condos) and a poker game or two. His love for acting and theatre continued through his life. Most recently he would volunteer as an actor for the film students at Ryerson University, his alma mater. Theatre was his first love. He rarely, if ever missed a performance of The Toronto Irish Players. He had a soft spot for the group, as he had the leading role in Sean O’Casey’s play, “Red Roses for Me”. Playing Ayamonn Breydon. A labour activist 1913 Dublin. There will not be a funeral. A celebration of life will happen in the spring. # Legionairesdisease #publichealthmatters #legionellatesting #waterhygiene #legionella

Age 62 After a two-week futile battle with @Legionella James O&#8217;Brien succumbed to the disease Trillium Health Partners on November 21, 2021 It is rare that Legionella affects a single person. The family asks that people living in the... View Obituary & Service Information

The family of James O'Brien created this Life Tributes page to make it easy to share your memories.

After a two-week futile battle with @Legionella James...

Send flowers to the O'Brien family.