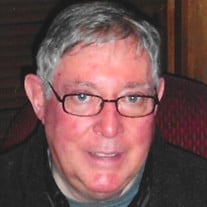 John David Bogart, February 28, 1934 to December 6, 2021 – Loving husband of Mary Louise Bogart (nee Cleverley) his wife of 64 years, cherished father of David (Kent), predeceased by his younger son and former law partner, Richard (Dr. Richelle Twose), proud grandfather to Amelia Hope Twose Bogart and uncle to many nieces and nephews. John passed peacefully at True Davidson Acres Home for the Aged in East York after struggling with several health conditions over the past year. One of seven brothers, John was born, raised and educated in Toronto, graduating with a law degree from the University of Toronto. He launched a successful law career that began in the early 1960s with the law firm of Roberston, Lane and Perrett. John was one of the founding partners of the Toronto firm of Bogart, Robertson and Chu in 1991, and retired from the company in 2014. In his spare time, John was a talented amateur photographer as well as an avid fisherman. He enjoyed numerous fishing expeditions over the decades with colleagues and friends to locations in many parts of western Canada as well as on frequent visits to a beloved fishing camp in Quebec accompanied in later years by his son, Richard. Admired for his kind spirit in both professional and personal circumstances, John will also be missed for his tremendous sense of humour and his wit by which he charmed all those around him. The following is an excerpt from John’s favourite poem, Stopping by Woods on a Snowy Evening by Robert Frost: The woods are lovely, dark and deep, But I have promises to keep, And miles to go before I sleep, And miles to go before I sleep. Please do not send flowers and instead consider making a donation to True Davidson Acres Home for the Aged (TDA) in John’s name. The truly dedicated staff at TDA moved mountains to sustain their residents during COVID-19, successfully avoiding a major outbreak, and always provided tremendous care to John during his residency. A private family service will be held at a later time to honour John’s life.

The family of John David Bogart created this Life Tributes page to make it easy to share your memories.

Send flowers to the Bogart family.