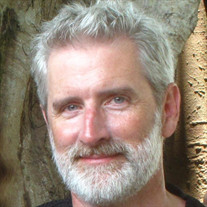 John Alexander Clark, 60 Radiologist, husband, father, outdoorsman, handyman, oenophile Born in Montreal to David Blackwood Clark & Barbara Jean Clark (ne Griffith). Died of brain cancer in Toronto on September 22, 2020. In addition to being extraordinarily intelligent and accomplished, John was an uncommonly kind and compassionate person. John commenced his education at McGill, where he earned a Bachelor of Science with a Major in Physics and a Minor in Computer Science, and later attained a Master’s in Medical Physics. He pursued a medical degree at McGill, following in the footsteps of his grandfather, Dr. Harold Griffith, who is widely considered a pioneer in the field of Anesthesia. John completed his medical degree at the University of Toronto and pursued a residency in Radiology. In 1978 he met his wife Marsha, who lived across the hall from his high school girlfriend in the dorm at McGill. Although complete opposites, over time they found they complimented each other perfectly and married in 1986. Their children Oliver and Rachel were born in 1994 and 1996. An affectionate and engaged father, John was unconditionally supportive of his children. He cherished family dinners and was always eager to help with anything from 5th grade math homework to moving into a first apartment after graduating from University. John was also an integral part of his Radiology partnership at Ellesmere X-Ray. He used his computer science skills creating numerous programs to improve efficiency and ensure quality control. John believed healthcare delivered in a community setting should be every bit as good as that of Toronto’s finest research hospitals. He spent his last 18 years with his Radiologist partners at Ellesmere X-Ray serving three hospitals and several clinics in Scarborough, and more recently, Huntsville and Bracebridge Hospitals. Prior to his sudden retirement, John was the acting Chief of Radiology and Medical Imaging at Scarborough Health Network. John loved the outdoors and any vacation, with Marsha or the entire family, would always include some combination of hiking, biking, canoeing, and/or skiing. He used his handyman skills, learned from his father during summers at Lac Des Iles, to repair, rewire, or rebuild whatever was needed, whether it was at home or at the cottage. As an avid outdoorsman, John organized annual canoe trips with family and friends, favoring the fall. Canoe tripping with him was a pleasure - he planned out the route, gear & menu in detail. Dinner always seemed to include a pre-dinner drink that required an unanticipated step, such as attaching a rope to a tiny can of ginger ale and throwing it to the bottom of the lake to cool. Even portaging canoe trips with minimal gear included at least one bottle of red wine, steak the first night, and dessert every night. An active interest in wine led to “gourmet club” partnered with two foodie friends. For over 15 years, John and his buddies came together periodically to prepare elaborate, multi-course meals served to a trio of appreciative wives, each course paired with a different, thoughtfully chosen wine. John was an avid skier. He first started out with skiing on weekends in the Laurentians as a teenager and his interest grew into multi-annual trips with family and his favorite skiing friends. He was due to leave for this year’s first ski trip in January 2020 when his sudden difficulty with speaking led to the diagnosis of brain cancer. With sadness and shock, he retired immediately. Subsequent loss of speech and cognitive skills caused considerable frustration, but he handled it with courage, fortitude, and acceptance. Not to say he was a typical patient – he self-adjusted his medication and reviewed his MRI images with intent and interest until the end. He is survived by his wife Marsha Jane Copp, adult children Oliver Copp Clark and Rachel Copp Clark, mother Barbara Jean Clark (ne Griffith), brother James Randall Clark and Jim’s partner Diane Bowman. He also leaves his beloved aunt, cousins and cousins by marriage in Canada, the US, England and Hong Kong. In lieu of flowers, please consider supporting Scarborough Health Network’s important work in community healthcare (https://shnfoundation.ca) or urgently needed brain-related research through Brain Canada (https://braincanada.ca) or The Brain Campaign at Toronto General & Western Hospital Foundation (https://tgwhf.ca/campaigns/brain). A memorial service will be held at Rosedale United Church Sept 28, 2020 at 2:00 pm with a set number of attendees - please email [email protected] Advance signup and masks are both mandatory. The service will also be live-streamed. The family will be holding visiting hours at home with advance sign up. See https://doodle.com/poll/p7fdv4ba8gh79mu8 for days & times. Visits will be held outdoors if possible, or indoors with masks if necessary.

The family of John Alexander Clark created this Life Tributes page to make it easy to share your memories.

Send flowers to the Clark family.