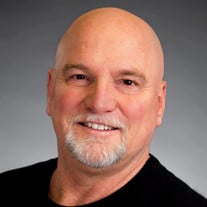 John “Scott” Daly (1959 – 2018) – was 59 when he died in the comfort of loved ones at his home in Oshawa, December 9. Scott spent important moments with childhood friends, ball hockey buddies and work friends during his final week at home. He was well cared for by his stepdaughter, Eleanor Robertson, and caregivers from Bayshore and Paramed, especially Miriam and Sherry. These women contributed so much to his comfort and quality of life. Scott was born on February 21, 1959 to parents Joyce and Ken Daly, and was welcomed by his sister Cherie. He was a premature baby and fought the odds to survive. Even then, he was a fighter. Scott will be greatly missed by his girl friend, G’Well Robertson, stepdaughter, Eleanor “Elle” Robertson, sister Cherie, many cousins, his Aunt Shirley Witt and Wayne Lawrence, Uncle George Kramer, Uncle Ross and Mary Daly and long-time friends from his school days and his years as a firefighter, and his many sports’ buddies. After a childhood in Oshawa, Scott studied photography at Ryerson University, graduating in 1981. He had a brief career in photography, where he shot many famous celebrities for the Tribute Magazine. He continued his love of photography during his travels and in celebrating friends’ and family special occasions. Scott then decided to become a firefighter, starting in the Scarborough Fire Department in 1983, which later became the Toronto Fire Services. He was a proud member of the services, a very humble and conscientious worker and a quiet leader. He will also be remembered for his gourmet cooking, taking charge of many Sunday brunches at his fire halls. Retiring on May 31st, 2015, he looked forward to more time to spend on his home, with friends and travelling. He travelled with Elle and G’Well to Kenya in 2016/17, a trip that generated more memorable photos. Although he was diagnosed with cancer he continued to live life as usual, participating in his beloved sports and cooking for his loved ones. His cheesecakes will be missed. Cremation has taken place. Scott requested no special services or fanfare, however, his family and friends would like to celebrate his life on December 28th, at the Oshawa Golf Club from 1 to 4 pm. If you wish, you may contribute to Plan Canada, a charity that supports children internationally, or to the Lakeridge Health Foundation, where Scott received his care for cancer.

The family of Scott Daly created this Life Tributes page to make it easy to share your memories.

Send flowers to the Daly family.