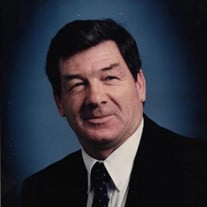 Laurence Oscar Staal (January 7, 1936) Surrounded by his family, Laurence Oscar Staal slipped away peacefully at home on Sunday January 24, 2021. Loving father of Bryan (Wendy) and Laurie(Gerald). Fun loving ‘Grampy’ to Clayton (Candice), Jerret(Natalie), Brandon (Jaclyn) and Kyle. He adored his great granddaughter Charlotte Grace. Laurence is survived by his brother Robert, sister-in-law Caroline and ex-wife Grace. Pre-deceased by his parents, Carrie and Henry Staal, brothers Vernon(late Dorothy) and Ronnie(late Heather)and sisters Arlene(late William), Lella(late Bjarne) and Hilda(late Knud). ‘Uncle Sonny’ was adored by his many nieces and nephews who cherished his fun-loving style and contagious laughter. At the time of his birth, his mother said, ‘Bring Sonny boy over here’, the nickname stuck, and he was known by family and dear friends as ‘Sonny’. He was outgoing, honest, principled and caring. A teacher of everything he knew best, he lived life to the fullest as long as he possibly could. Known also as ‘Larry’ in business and with friends later in life, he worked many years as a plumber, ultimately retiring as an plumbing and heating inspector with the City of North York. Wintering in Florida for many years and travelling to other parts of the world, he made friends wherever he went. Later in life, he met his very dear friend and companion Dorothy Everson, who supported him to the very end of life. Dad stayed strong and courageous until he could not fight his battle with cancer any longer. He lived a long, healthy and happy life, and he lived it on his terms. His wishes were to be cremated with no memorial service, and that we remember him as he was, loving life. If you wish, donations can be made to the following charities which reflect his lifelong caring ways. Feed the Need in Durham https://feedtheneedindurham.ca/other-ways-to-support-ftnd/ Canadian Tire Jumpstart Charities https://secure.ctjumpstart.ca/registrant/DonationPage.aspx?eventid=211185

The family of Laurence Oscar Staal created this Life Tributes page to make it easy to share your memories.

Send flowers to the Staal family.