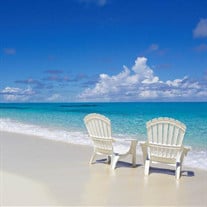 Mel (Mary Carmel) Stuewe Twomey, 90, died peacefully at Providence Healthcare in Toronto, Ontario on April 13, 2018. Born September 13, 1927 in Anaconda, Montana to William L Stuewe and June Baker Stuewe. Mel graduated from high school in Sydney, NS, and became a Vocational Therapist working at Camp Hill Veterans Hospital in Halifax. She then took the Canadian Army Truck Driving Course in order to volunteer with the Red Cross in the introduction of the blood transfusion service to Nova Scotia. Mel came to Newfoundland and was a Social Worker specializing in adoptions in Corner Brook before marrying Dr. Hugh Twomey in 1953. Mel was an artist, a chef and an avid card player. She was enthusiastically involved in community life in Botwood, NF where she raised her family. She was active politically. Mel moved to Toronto after the death of her husband, to be closer to her grandchildren. She traveled extensively in North and South America, Europe, Asia, Africa and Australia. Mel was the beloved wife of the late Hugh Twomey and mother of Sean and Creina Twomey, Deirdre Rhora and Sioban Manganaro. She is the grandmother of Jordan, Shane, and Nieve Manganaro, of Liam, Taylor and Colin Rhora and of Shannon and Christine Twomey. She is the great grandmother of Sofia and Jack Manganaro. She is the Aunt to many loved nieces and nephews. She was predeceased by her parents, her brothers William (Bill), Jack, Richard (Dick) and her sister K.C. Gunn. She is survived by her sister in law Shirley Townsend Stuewe, the cherished family matriarch. She leaves behind her many friends in Newfoundland, Ontario, and around the world. A Funeral Mass will be held at 11:00am on Saturday, April 21 at St John’s RC Church, 794 Kingston Road, Toronto, Ontario, M4E 1R7. A Celebration of Life will occur after the mass at a location to be confirmed. Interment will be in Botwood, Newfoundland in the summer of 2018. In lieu of flowers we ask that if you would like to make a contribution in memory of Mel you make a donation to the charity of your choice. Celebration of life will be held at 14 Lakeside Avenue, Toronto On, M1N 3C1. Time: approximately 12:30-3pm. Parking is limited, you may want to use surrounding streets.

The family of Mel (Mary Carmel) Stuewe-Twomey created this Life Tributes page to make it easy to share your memories.

Send flowers to the Stuewe-Twomey family.