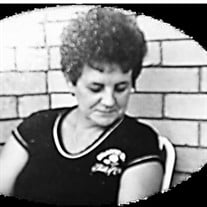 Patricia Anne Vieira (Roza) died peacefully of Lewy Body Dementia (LBD) while a Resident of True Davidson Acres in Toronto, Canada on May 23rd, 2020 at the age of eighty one. Patricia is survived by her eight forever loved children Ted Ferreira (Patricia), Patrick Ferreira (Tammy), Brian Ferreira (Patricia), Cheryl Vieira (Amyr), Debbie Vieira (Russell), Trevor Vieira (Lynn), Bruce Vieira, and Roslyn Vieira (Allan) all of Toronto along with her many cherished grandchildren, great grandchildren, and second husband Edward Vieira. Patricia is preceded by husbands Theodore Ferreira and Joseph Vieira. Patricia (Patsy) was born an only child on February 1st, 1939 in Georgetown Guyana to Albert ( Bertie ) Roza and Juliet Reece . She married Theodore Ferreira, her teenage sweetheart in 1955 and after Theodore’s passing in 1958, she married Edward Vieira. Patricia moved to Toronto in 1969 with her eight children and began a long and fulfilling career at St. Michael’s Hospital. Her passion was to care for and adopt stray cats in her neighbourhood and was rewarded by her dear “Sir Charles” living to the ripe old age of twenty two. She enjoyed strolling the Beaches of Ash Bridges Bay where she lived half of her life with a simple purpose of family and cats. Patricia enjoyed Tim’s steeped tea with a plain bagel, Bingo, heart throb Robert Wagner, Jerry Lewis comedy, weekly visits to her hair dresser, dancing to UB40’s “Red Red Wine” and The “Boys of Summer” The Toronto Blue Jays. A few of her patented sayings were “Raise the TV, I can’t hear it”, “ Not the big one, the fine fine one”, “Oh ma goy” and for anything that didn’t seem right, “That’s a sin”. Patricia’s contribution has left our world a much better place and we will forever echo her love. There will be a tree memorial to honour Patricia in the Beaches of Toronto (to be announced).

Patricia Anne Vieira (Roza) died peacefully of Lewy Body Dementia (LBD) while a Resident of True Davidson Acres in Toronto, Canada on May 23rd, 2020 at the age of eighty one. Patricia is survived by her eight forever loved children Ted Ferreira... View Obituary & Service Information

The family of Patricia Anne Vieira (Roza) created this Life Tributes page to make it easy to share your memories.