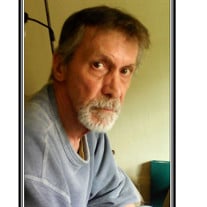 On January 7, 1951, in Summerside P.E.I., Mama G proudly presented Papa G and their two beautiful daughters with a baby boy, Terry. Papa G was in the military and two years later his family was posted at Chatham, in the picturesque Miramichi... View Obituary & Service Information

The family of Mr. Terry Anthony Grondin created this Life Tributes page to make it easy to share your memories.

Send flowers to the Grondin family.