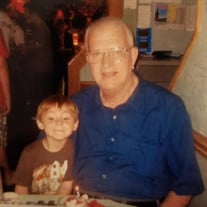 It's with a heavy heart Tsanko Gadjaloff aka (Sam) on his 81st year, passed peacefully the evening of Monday, January 18th, 2021 at Grand River Hospital in Kitchener, Ontario, Canada. Adventurer, survivor, risk taker, trailblazer, independent, charming, intellectual, gifted linguist, handsome, sociable, polite and eccentric are just a few of the ways that Tsanko is described by his family and friends and those whom his life has touched. From the time Tsanko has been in our life he has touched it with his uniqueness by sharing his laughter, beaming smile, his love of travel, sunshine, beaches, palm trees, Latino culture and his gift of speaking up to 10 languages; some that he learned as quick as 4 months. Tsanko will be fondly remembered by his loving daughter Valentina Gadjaloff, son Peter Gadjaloff, Grandson Aleksandor Revi, his son in law to be Andrew Heinemann and his family and friends in Canada, Mexico, Sweden and Bulgaria. Tsanko was born on September 17th, 1939 in Sofia, Bulgaria during the time of the 2nd World War and Communist regime which he escaped. Son of Petkoff Gadjaloff from Sofia, Bulgaria and Bozana Antoshova Gadjalova from Prague, Czech Republic. Having lived and grown up through the war and Communism, Tsanko was tenacious about life and determined not to let anything or anyone stand in his way. He set out to do whatever he desired. He escaped the Communist regime in Bulgaria to Turkey where he lived for a year, then to Sweden and eventually to Canada where he met and fell in love at the time to his ex wife Maria Margarida Bettencourt where they became parents to Valentina and Peter Gadjaloff. He eventually travelled throughout the world mainly to South America and Mexico where he ended up spending most of his retirement life enjoying. The adventurer and free spirit in Tsanko drew him to the outdoors and down south to Mexico looking for friendships, blue skies and the warmth of the sun and Latino culture where he found kindred spirts. He was known to read, sitting by a beach or park enjoying the sunshine, eating and socializing in Spanish with his friends in Mexico for the last 10 years of his life. This was his happy place. Cremation was his choice and a 'Celebration of Tsanko's Life' will be held at a later date. Tsanko known as Sam to some will remain forever in our hearts and minds . May he rest in peace and find solace at his reunion reconnecting with his long lost family and friends in the after life. ❤ May God bless his soul. He will be missed by his loved ones.

The family of Tsanko Gadjaloff created this Life Tributes page to make it easy to share your memories.

Send flowers to the Gadjaloff family.