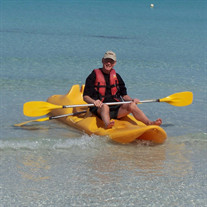 Dr. William Feldman June 5, 1936 - May 25, 2019: Beloved father, grandfather, and great-grandfather. Bill Feldman was an esteemed and accomplished pediatrician, educator, author, editor, researcher, and mentor. He was trained in Montreal, winning many academic awards and serving as Chief Resident at the Montreal Children’s Hospital. Over the course of his working life he held many titles, among them Professor (and later Professor Emeritus) of Pediatrics, Chief Examiner of the Royal College of Physicians and Surgeons, editor of the Annals of the Royal College of Physician and Surgeons of Canada, Head of Outpatient Care at The Children's Hospital of Eastern Ontario, and later Head of the Division of General Pediatrics at The Hospital for Sick Children in Toronto. He was counsel to the provincial government and his efforts led to the ‘Ontario’s Immunization of School Pupils Act 1982’ in which children were required to show proof of immunization to attend public school. Bill’s original research led to over 100 peer-reviewed journal publications. He was a visiting professor nationally and internationally, and published ‘Evidence Based Paediatrics’, one of several textbooks he wrote or edited. Bill’s legacy at SickKids lives on in the new generation of outstanding general pediatric researchers and scholars, many of whom completed the Academic General Paediatric Fellowship that he created and were supported by his Paediatrics Outcomes Research Team. The Division of Paediatric Medicine established a Research Award in his name. He leaves three sons, eight grandchildren and three great-grandchildren. In his practice, his research and his teaching, he strove to advance the cause of Evidence-Based Medicine and critical thinking. He loved to spend time with his family and in quiet meditation with good music and good books at his cabin in the woods. All who knew Bill will remember him as a kind, compassionate, generous, solid, and reliable friend. He was pre-deceased by his beloved wife Eva. Both are greatly missed. There will be a celebration of life – held at 278 Bloor St. E, Toronto, ON – from noon to 7 PM on Sunday, July 21, 2019. In lieu of flowers, the family has asked for donations to be made to The Hospital for Sick Children Foundation

The family of William Feldman created this Life Tributes page to make it easy to share your memories.

Send flowers to the Feldman family.